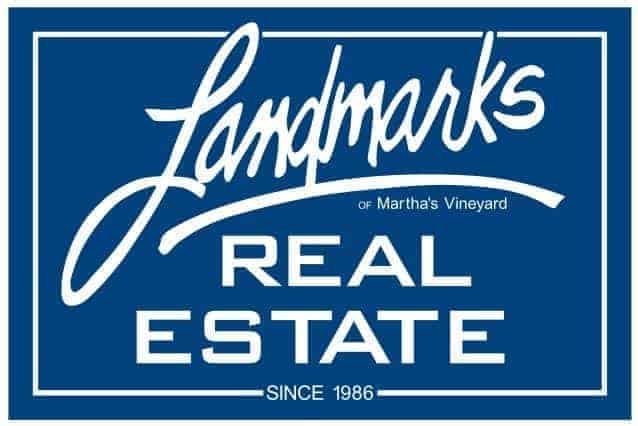 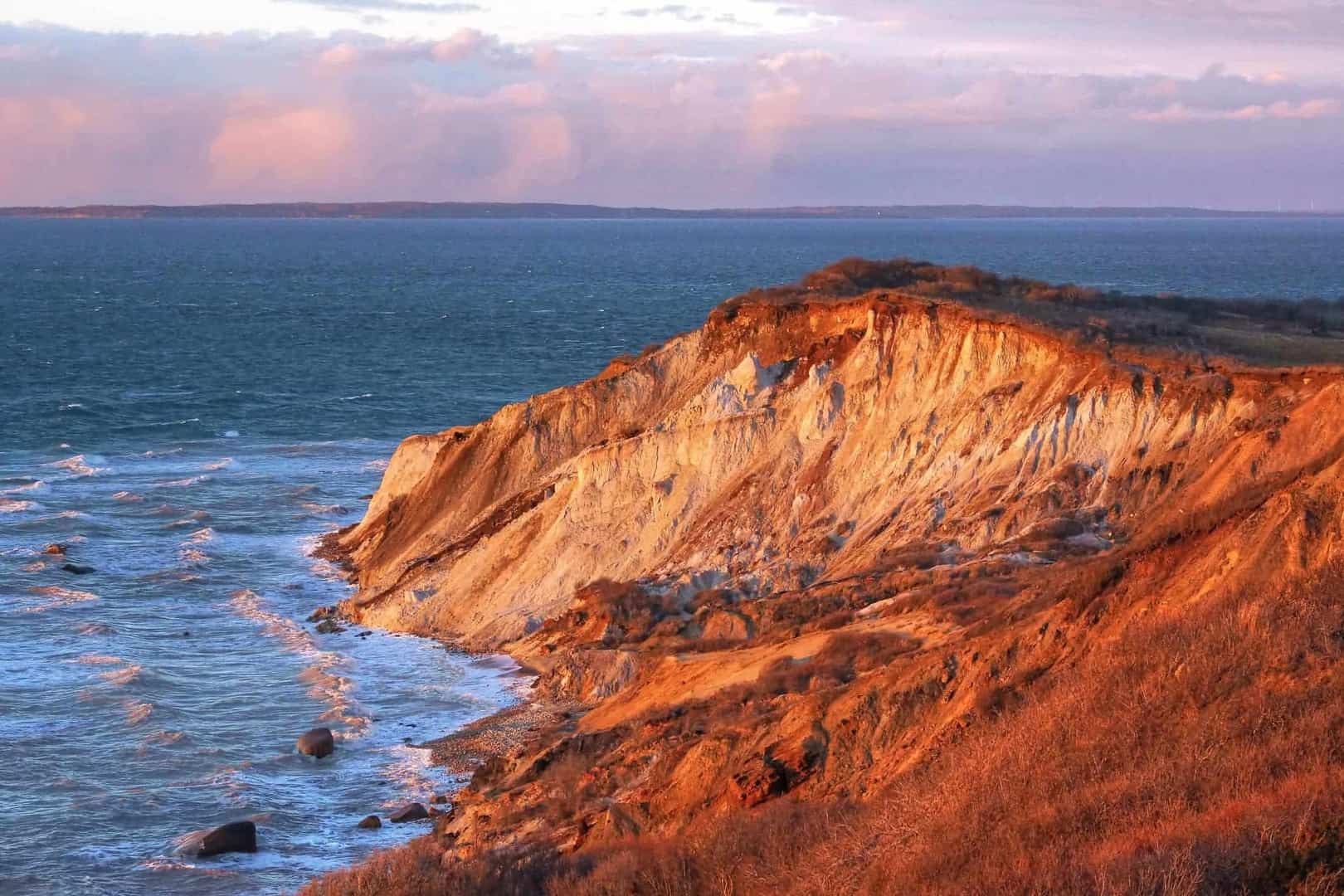 Sponsored by the Martha's Vineyard Chamber of Commerce.

The original people of Martha’s Vineyard included the Native American Wampanoags, immigrants from England and the Cape Verde islands, people of color, farmers and fishermen, blacksmiths and merchants. Learn their stories and you will come to know the Island.

The earth here tells the story erased elsewhere in New England. The Aquinnah cliffs lay bare to geologists the history of the past hundred million years. Traveling the South Road to Aquinnah, one goes over low hills and valleys cut by streams that ran off melting glaciers at the end of the Ice Age. The first humans probably came here before the Vineyard was an island. It is thought that they arrived after the ice was gone, but before the melting glaciers in the north raised the sea level enough to separate Martha’s Vineyard and Nantucket from the mainland. Native American camps that carbon-date to 2270 B.C. have been uncovered on the Island. The Wampanoag people have lived for thousands of years on the island of Martha’s Vineyard.

“Wampanoag” means “People of the First Light.” Before Benjamin Gosnold renamed the island Martha’s Vineyard in 1602, it was called Noepe by the Wampanoag, meaning “land amid the waters.” Many Wampanoag still live on aboriginal lands on the southwestern end of the Island, a 3,400-acre peninsula called Aquinnah. At present, there are over 900 members listed on the Tribal rolls. Of these, approximately 300 reside on Martha’s Vineyard.

Legend surrounds the much later arrival of the first white men. Some believe Norsemen were here about 1000 A.D. In 1524, Verrazzano sailed past and named the island Louisa. Other explorers gave different names, but the one that stuck was given in 1602 by Bartholomew Gosnold, who named it for the wild grapes and for his eldest daughter. Within 40 years of Gosnold’s visit, all of New England was being claimed and divided up by Europeans. Thomas Mayhew, a Bay Colony businessman, bought Martha’s Vineyard, Nantucket, and the Elizabeth Islands for 40 pounds.

In 1642 the first white settlement on the Vineyard was established at Great Harbour, now Edgartown, under the leadership of Thomas Mayhew, Jr. The ordained pastor of his flock, he instituted a policy of respect and fair dealing with the natives that was unequaled anywhere. One of the first Mayhew rulings was that no land be taken from the Wampanoag without consent and fair payment. From this time on, the colonial settlers and the Wampanoags lived without the terror and bloodshed that marked other areas in American history. Within a few years a congregation of “Praying Indians” was established at what is still known as Christiantown. The first Bible printed in the United States was printed in the language of the Wampanoag.

The Island also acted as a safe haven for people of African descent. One of the earliest mentions of African home ownership on-Island was in the 1763 will of a Wampanoag man named Elisha Amos. The will, 1/272 Dukes County Probate, provides that his “beloved wife Rebecca” receive livestock and his house for as long as she lived. Rebecca Amos was an enslaved woman originally from Guinea, West Africa, who survived the cruel journey of the Middle Atlantic Passage. The described house was located about five miles from the farm of her enslaver, Colonel Cornelius Bassett, in Chilmark, where she co-resided until she regained freedom upon his death in 1779. The abolition of slavery in 1783 and the egalitarian nature of the whaling industry have made Martha’s Vineyard a nurturing place where all people have owned land and successfully built strong, supportive, and closely-knit communities.

This colonial period was marked by prosperity as well as peace. The sea provided fish for both export and Island use, and the Wampanoags taught the settlers to capture whales and tow them ashore to boil out the oil. Farms were productive as well; in 1720 butter and cheese were being exported by the shipload. The American Revolution, however, brought hardships to the Vineyard. Despite the Island’s declared neutrality, the people rallied to the Patriot cause and formed companies to defend their homeland. With their long heritage of following the sea, Vineyarders served effectively in various maritime operations. On September 10, 1778, a British fleet of 40 ships sailed into Vineyard Haven harbor. Within a few days, the British raiders had burned many Island vessels and removed more than 10,000 sheep and 300 cattle from the Vineyard. The raid was an economic blow that affected Island life for more than a generation. The whaling industry did not make a real recovery until the early 1820s when many of the mariners built their beautiful homes in Edgartown.

The Civil War brought the end to the Golden Age of Whaling. Ships on the high seas were captured by the Confederate navy, while others were bottled up in the harbors. Either way, it meant financial ruin for the ship owners and the Island. In 1835 a new and enduring industry was born when the Edgartown Methodists held a camp meeting in an oak grove high on the bluffs at the northern end of the town. The worshippers and their preachers lived in nine improvised tents and the speaker’s platform was made of driftwood. The camp meeting became a yearly affair and one of rapidly growing popularity. Many found the sea bathing and the lovely surroundings as uplifting as the call to repent. The Methodist Campground meetings were the catalysts that transformed the Island from a simple farming community into an internationally known seaside resort by these first groups of tourists.

Many who came for a week or two eventually rented houses and later became property owners – a pattern that still occurs today. Summer visitors become seasonal or, as in the case of many writers and artists, year-round residents. These people, along with the many who retire to the Vineyard bring the world to the Island much as the far-traveled captains did in the great days of whaling.

To learn more about the Island's history, please visit http://en.wikipedia.org/wiki/Martha's_Vineyard

Create an account to save your custom searches, favorite listings, and get listing updates. Opt-out anytime.